By Jordan Dowling in Music Reviews on 25 April 2013

Three years on from their debut album, it would perhaps be foolish to expect any change from the London-based prog-folk quartet Wolf People; such a period being a blink of an eye in the context of the passing of time since the heyday of their ancestors in the late sixties and early seventies. 2010's Steeple was possibly the most blatant throwback to the genre in recent years (at least counting ones that went on to sell more than five copies); where others denounced their predecessors and distanced themselves from the dirtiest four letter word in music, Wolf People proclaimed their inspirations with pride. Yet on Fain there is definitely a modicum of progression, even if this isn't always for the best. 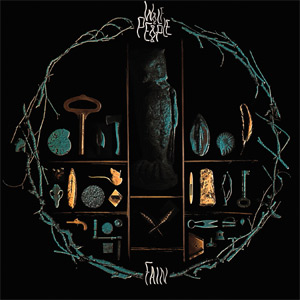 The first thing you notice about Fain in comparison to its predecessor is the marked improvement at face value of the recording quality. It is a lot crisper, and certainly sounds like a 'big' record, but this doesn't always suit the band. On 'When the Fire is Dead in the Grate' there is a degree of space between each instrument that does not fit the hazy sound the band creates. It seems like a petty criticism, but it is something which doesn't add a modern edge to the well-worn template that Wolf People trace around, but rather slightly files it away.

On Fain there seems to be more of a leaning to the realm of psychedelica, particularly on opener 'Empty Vessels'. The racing cymbals and delay-riddled guitar melodies that carry it give nods to the hedonistic acid-rock of Strawberry Alarm Clock and The Misunderstood, although things remain reined in when it feels like a solo is about to spiral out of control.