Could 'The Grandmaster' u-surp some of the bigger names at the Oscars? We think so. 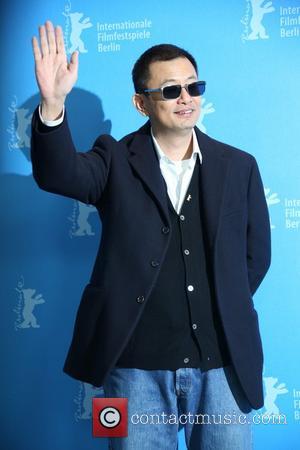 Wong Kar Wai's The Grandmaster? Chances are, you haven't heard of it. As the Academy were preparing to decorate Ben Affleck and his Argo team in January, the acclaimed Chinese filmmaker was about to kick off the Berlin Film Festival with his latest martial arts movie.

Set in China at the time of the Japanese invasion in 1930s, The Grandmaster stars Wai's regular muse Tony Leung Chiu Wai as the kung-fu master and Zhang Ziyi as his rival. The highly stylized and visually spectacular picture is a story of "honor, principle, betrayal and forbidden love."

It spans the tumultuous Republican era that followed the fall of China's last dynasty - a complex period of time rich for filmmakers to tap into. Wai filmed on location, and the snow-swept landscapes of Northeast China, juxtaposed with the subtropical south makes one of the most stunning films of the year.

The movie has been a long time coming. It took four years to make, with the stars Leung and Zhang undertaking a rigorous and demanding training programme.

"There is a spiritual side of kung fu and that side cannot be learned from books or by fact-finding," said Leung, 50, "It grows spontaneously. So that's why I had to practice four years. You can only achieve that thing through practice."

"The 108-minute Grandmaster may not be the shimmering golden epic he originally intended, but it's fleet and silvery in its own right," said Stephanie Zacharek of the Village Voice.

"The Grandmaster is absolutely breathtaking to watch as its cinematography is gloriously rich and the action sequences are executed beautifully," wrote Chris Sawin of the Examiner.

Though the movie is already thought to be a frontrunner for the Foreign Language prize at the Oscars in February, though concerned with the movie know they potentially have something bigger. Thus far, the discussions concerning Best Picture have focused on Captain Phillips, The Monuments Men, August: Osage County and Gravity, though we had add The Grandmaster to that list.

Shortly before its screening at the Berlin Film Festival, Harvey Weinstein acquired all rights in the U.S and Canada for The Grandmaster. The movie had already opened in China, grossing $50 million to become the biggest movie of Wai's career and Weinstein was happy to push it in western territories.

Interestingly, Harvey struck a joint deal with Megan Ellison (who will release the movie in Australia, New Zealand and the UK) despite their being bad blood between the pair, according to Deadline. The fallout occurred over Paul Thomas Anderson's The Master failing to recoup the $35 million that hot-shot producer Ellison spent on making the movie. Harvey felt he could have helped by selling the most relatable themes of a homeward bound warrior who's looking for something to believe in, rather than the origins of Scientology.

Nevertheless, they've been willing to let bygones be bygones in the name of another master, The Grandmaster.

"We here at TWC feel truly honored to be able to continue our relationship with Wong Kar Wai and Annapurna", said Weinstein in a statement, "Wong Kar Wai is such an extraordinary filmmaker.

Now, the movie has another feather in its cap. Two more feathers to be precise. After seeing the martial arts film at the New York premiere on August 13, Hollywood actor Samuel L Jackson added his name as an official support. Martin Scorsese offered the same official supporter role after being left "mesmerized" by the film. As such, when the movie gets its official release on Friday (August 23, 2013) it will roll out as Martin Scorsese and Samuel L. Jackson Present: The Grandmaster.

Watch the trailer for The Grandmaster:

"The Grandmaster is a wild ride and an expertly crafted martial arts film," Jackson said in a release obtained by USA TODAY. "I was blown away by Tony Leung and Ziyi Zhang's performances, and needless to say by Wong Kar Wai's direction.."

"He's a living legend who I've admired for ages," Jackson added of the director, "And it's a true honor to lend my support alongside Martin Scorsese."

Clearly buoyed by the heavyweight names attached to his movie, Harvey Weinstein said: "I stand with Wong Kar Wai in stating that we are beyond thrilled to have Sam's support," he added.

At the minute, The Grandmaster is nowhere to be found in the official list of odds for Best Picture hopefuls. You know what to do. Tony Leung Promoting 'The Grandmaster' At The Berlin Film Festival 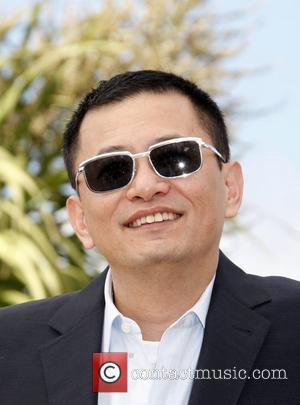