'Irrational Man' director Woody Allen came over as dark and morbid during his speech at Cannes Film Festival. 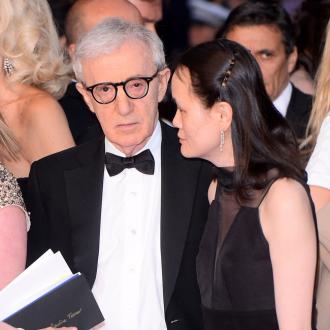 Woody Allen delivered a morbid speech on the meaning of life at Cannes Film Festival.

The 79-year-old film-maker was introducing his latest comedy 'Irrational Man' at the event in the south of France when he began speaking about how we are all in ''a bad'' position.

He said: ''No matter how much the philosophers talk to you or the priests or the psychiatrists, the bottom line ... is life has its own agenda and it runs right over you while you're prattling.

''We're all going to wind up in a very bad position some day. The same position, but a bad one.''

And the director continued with the pessimistic theme by saying everybody's life is ''meaningless'' as everything anyone ever does ''is going to vanish'' when the world ends.

He added: ''Because in the end it has no meaning. We live in a random universe and you're living a meaningless life, and everything you create in your life or do is going to vanish, and the Earth will vanish and the sun will burn out and the universe will be gone.''

The strange speech comes after the director was left feeling awkward when he received a 20-minute standing ovation at the festival on Friday (15.05.15).

A source said: ''Woody didn't know what to do. He wanted to get out of the theatre, but they wouldn't stop applauding. He didn't know how to shut it down.''