A Longtime Producer For Rap Collective Wu-Tang Clan Has Branded A Rape Charge Against Him "Preposterous" And Insists He Was Trying To Save From Suicide A Woman Who Was Found Dangling Naked From A Window Of His Apartment. 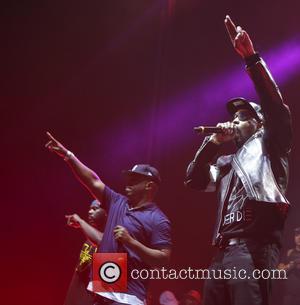 Derrick Harris, who uses the name True Master for his work, was charged with sexually assaulting a 43-year-old woman at his home in Harlem, New York in 2011.

He was also charged with felony escape after allegedly fleeing from officers following his arrest, but during his trial on Thursday (30Jul15), Harris told a jury at Manhattan Supreme Court that he is innocent.

Defending himself, Harris insisted he had not raped the woman and was merely trying to stop her from leaping naked from the window of his apartment after she began acting strangely.

He denies rape, and the trial continues.