'Blue Frank/Pink Room' is a gnarly mess of noisy chaotic guitars and percussion; it's abrasive in its onslaught and freeing in its wildness. Stewart's vocals are alarmingly alert on 'Sycamore Tree' with its mad classical piano. Stewart though exercises wonderful control and restraint in his voice which aches with pain and longing.

Cleverly they decided to kick things off with 'Laura Palmer's Theme' and not the opening theme. It's a sombre, but perfect start with a thudding tom drum keeping us in time as things slowly start to swirl out of control and we enter the mystical world of Twin Peaks. Xiu Xiu recorded the whole thing in studio and it has a pristinely polished sound that replicates the shiny soap opera of the show. 'Falling' comes nearer the end of the record and while it doesn't quite pack the punch of the original, Xiu Xiu and Stewart put an interesting electronic vibraphone twist on it which adds some depth, making it impossibly even more cheesy in a brilliant wave crashing over you sort of way.

Twin Peaks is big on imagery and what Plays The Music of Twin Peaks may sometimes lack in subtlety it makes up for in imagery. Like a lot of Xiu Xiu's work it's haunting to the point of terror and beautiful in equal measure, but for the first time in a while it's cohesive and purposeful. 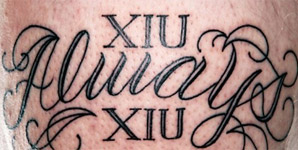