Yeah Yeah Yeahs vocalist Karen O (formally Karen Orzolek) shows up outside the New York studios for 'The Late Show With David Letterman'. She signs an autograph for a fan before rushing towards the door to the building. She stops to wave at a photographer who asks for a picture.

Food and music extravaganza returns in May

The Great GoogaMooga will be returning this year to Prospect Park in Brooklyn New York, with another heavyweight line-up of food and music assured.

Among those announced for the music section of the festival include The Flaming Lips, Yeah Yeah Yeahs, The Darkness, Matt & Kim and De La Soul. The Flaming Lips return next week with their new album The Terror, arguably their greatest work to date though perhaps also their bleakest, which means there’ll be some anticipation as to how they approach their set. Usually a colorful celebratory shower, which sees confetti guns go off and Wayne Coyne, their front man walk out into the crowd inside a giant balloon, these bleak new tracks won’t really fit with that aesthetic. Thankfully the boisterous punk group Yeah Yeah Yeahs will add some cheer to proceedings, as will preposterous metallers The Darkness, while you can always rely on De La Soul to get the good vibes going.

As for the food vendors, The NY Eater reports that the line-up will feature teams from over 85 restaurants, including Gwynnett St., Eataly, M. Wells, Maison Premiere, Momofuku Milk Bar, Roberta's, Rosemary's, and Umami Burger. The Nomad, PDT, and Pouring Ribbons are apparently going to serve drinks as a part of the "VIP Cocktail experience," and the beverage tents will offer over 75 beers and over 100 wines. The event takes place on the weekend of May 17th.

Continue reading: The Flaming Lips And The Yeah Yeah Yeahs For The Great Googamooga Festival

How do you top having a dead man headline your festival? Well, in all honestly, you’re not going to. Coachella’s talent bookers must have been scratching their heads in bewilderment when it came to topping last year’s Tupac hologram and they’ve done the best they can, given the lack of deceased artists willing and able to play Coachella 2013.

The two Friday nights (the festival takes place both on April 12 – 14 and April 19 – 21) are looking like a highlight for fans of the Britpop revival, with Blur and Stone Roses lending a very British end to the evening. A newly invigorated Yeah Yeah Yeahs (well, Karen O’s dyed her hair blonde, does that count?) also play the Friday, as well as Modest Mouse, Lou Reed and Jurassic 5. Saturday has the French band Phoenix headlining, in support of their recently-announced new album. They’ll be preceded by British electronic gloom-pop band The XX, as well as Postal Service and New Order. The line-up for the Sunday nights is a slightly heavier one, with Red Hot Chili Peppers headlining, Nick Cave and the Bad Seeds making yet another return (Cave will be raking it in that weekend, as his other band Grinderman also play the Fridays), Social Distortion and Wu Tang Clan.

Coachella always has an impressive array of legendary / stalwart alternative acts as well as the hottest new bands you’ve only just heard of. What they haven’t got, is anything that’s going to grab the headlines, or the public’s attention in the same way that Tupac’s hologram did.

Continue reading: Coachella Festival 2013; Who's Going To Be Playing?

By Contributor in Music / Festivals on 14 January 2013

A Yeah Yeah Yeahs new album is imminent! The Karen O- fronted New York group revealed on their Facebook page today that Mosquito, a long awaited follow up to 2009’s It’s Blitz!, will drop on April 16.

The group revealed their return with a message that read: “Man! the years whiz past but the days are long, at long last MOSQUITO will drop APRIL 16th! Really in NO time so keep your eyes and ears peeled cuz you'll be seeing us around son! Thanks for tuning in! They don't love you like we do... luv YYYs” Well alright! 2013 is certainly setting up to be some year for music with many major stars from David Bowie to Justin Timberlake and Destiny’s Child already announcing their returns – do they all know something we don’t?

Accompanying the news, Yeah Yeah Yeahs posted a teaser video on YouTube, which you can watch below. Across three albums, the group have become one of the most-loved on both sides of the Atlantic, achieving both Billboard and UK chart success. In 2009 the NME rated their debut album, 2003’s Fever To Tell, as the fifth best album of the last decade, whilst all three of their records have been up for Grammy Awards, losing out only to more mainstream pop artists. With striking front woman Karen O at the helm, their return after a four year gap is a welcome one indeed. 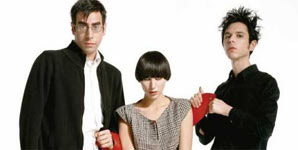 Yeah Yeah Yeahs - Is Is 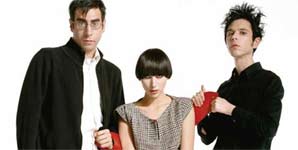