Lennon, Yoko And The 'Divorce' That Almost Happened 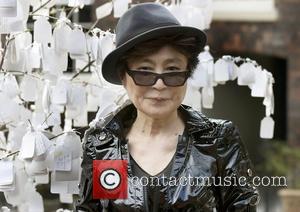 Yoko Ono and John Lennon began divorce proceedings five years before he was murdered - the late Beatle's ex-girlfriend claims. The star dated his former assistant May Pang for 18 months from 1974 to 75, with Ono's consent and encouragement - because the couple's own marriage was in turmoil. They spent time together in Los Angeles and New York - described later by Lennon as his "lost weekend" - before the star unexpectedly returned to Ono. Thirty-three years later, Pang is promoting a book of intimate snaps she took during her fling with Lennon - and recounting memories of their time together. She claims Lennon never wanted to reunite with Ono and had already agreed to divorce her. She says, "We had just returned to New York from Los Angeles and she asked for a divorce and he said 'yes'. She wanted a party to announce it. John was very laid back. He said, 'Do whatever you want. Whatever makes it easy.'" Pang claims Lennon was so keen to make the split permanent - he grew frustrated when Ono began to stall: "It got so complicated that he said, 'Let's get the f**king divorce over with.' Then we didn't hear about it. And then she told him, 'The stars aren't right right now.' Maybe in her mind, she thought he wasn't going to go through with it: 'Let's test him.'"