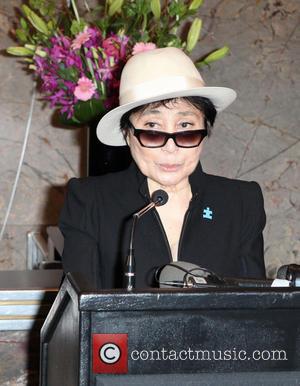 Yoko Ono has announced the bulk of the names for her Meltdown Festival line-up to take place in London this year, with the former wife of John Lennon staying true to her vision to create a line-up based on concept and not going all out for big names for the sake of it.

Names announced for the event, which takes place at London’s Southbank Centre for a week and a half in June, include Patti Smith, Boy George, Siouxsie Sioux and Iggy and The Stooges. Back in November, upon the announcement that Ono would be taking on the curator’s role, she commented "I'm not pursuing big names for the sake of big names. I'm thinking along the lines of a concept, which is more refreshing. There will definitely be an element of feminism and the plight of women … [and] I am thinking of having one or two events where I ask men to say something strong about themselves too."

That’s certainly a concept she’s stuck too with the line-up announced so far. Alongside these more established names, Ono also has the likes of up and coming post-punk group Savages, as well as the likes of Kim Gordon and Thurston Moore, formerly of Sonic Youth, Peaches and comedian Reggie Watts. Ono herself will perform with the Plastic Ono Band. Additionally there will be various talks, panels and film screenings over the event. "It's not only a great honour to curate Meltdown in its 20th year," Ono said in a press release, according to The Guardian "it's also a lot of fun." Yoko Ono has unveiled the performers for this year's Meltdown