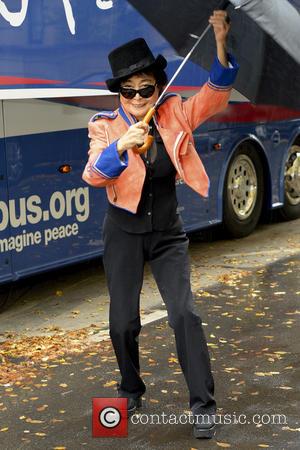 Yoko Ono has been slapped with a breach of contract lawsuit from a disgruntled designer amid allegations she blocked a licensing deal for JOHN LENNON-branded products.

Larry Myerson claims he was approached about licensing the late Beatle's artwork for Bag One Arts Inc., the company Lennon's widow Ono created to promote the late icon's work, by representative Susan Valero in 2007.

He spent the next two-and-a-half years creating and developing a vast collection of items from "pet products to jewelry and everything in between" for the line, and poured more than $55,000 (£36,700) into the venture, which won rave reviews from Valero at a trade presentation in 2008.

He was also allegedly referred to as a "licensee" in an email from Bag One's vice president Lynn Clifford, but according to the legal papers, Myerson was subsequently informed that Ono would not approve his licensing agreements because he had been in business for less than three years.

Then in February, 2009, he received a letter from bosses at artist management and concert promotion firm Live Nation ordering him to "destroy his materials" and "bear the costs", adding that they would be "keeping what he had given them". The licence for the products was later granted to another firm.

Myerson is demanding compensation for his fees and has listed Ono's Bag One company chiefs as defendants alongside Live Nation officials.