Review of Cavalier Youth Album by You Me At Six

Ah, You Me At Six, we meet again. Not since their cute little debut album 'Take Off Your Colours' had I happened across the Surrey quintet and, trawling through their attempts in between their 2009 debut and their latest, early 2014 release 'Cavalier Youth' ensures that not much has been missed. 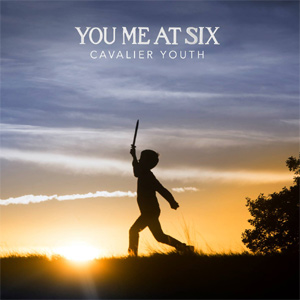 Essentially, 'Cavalier Youth' picks up where this pop rock group left off with 2011 release 'Sinners Never Sleep', packing the album with a selection of catchy tunes which is sure to drag you from your seats whilst screaming uncontrollably at the sheer awesomeness that has spiralled into your earlobes... If you are a female aged sixteen or below with absolutely no taste in music whatsoever, that is.

But, hey, they have a target audience and they have certainly captured their chosen demographic, and it's not entirely difficult to see why. Album opener 'Too Young to Feel This Old' combines poppy sounding vocals and the typically inventive lyrics of "Whoaaah, oooooh, aaaaaaah" just before the proclamations of "We're too young to feel this old" with their not-so-heavy guitar riffs, whilst tackling the issue of relationships between boys and girls. What's not to love, right?

'Lived A Lie' is easily one of the strongest tracks on the album. Yes, it still features the qualities portrayed above (which, frankly, you either love or hate) of poppy vocals, pop rock guitars, vaguely tackling relationship issues and 'finding yourself', but it's actually quite an inoffensive jam to absorb. The catchy soft rock verses clash well enough with the dangerously heavyish sounding chorus which wouldn't be out of place in most modern punk rock songs, before swiftly dragging itself back towards the realms of poppy borderline rock just before their demographic have time to throw their earphones to the ground in disgust, muttering furiously about these pesky 'moshers'.

Based on the song titles and the topics they seem to cover - 'Fresh Start Fever' dealing with fresh starts and 'haters' (or 'critics', as human beings refer to them), 'Forgive & Forget talking about, well, forgiving and forgetting, whilst 'Be Who You Are' advises... you get where this is going - 'Cavalier Youth' seems almost as though it's trying to be a sort of self-help manual.

The band probably intended 'Cavalier Youth' to be symbolic of an outstretched hand assuring that, whatever issues the listener may face during the challenges of adolescence, they will be there to offer advice, guidance and support. For the people outside of their surprisingly large fanbase, however, 'Cavalier Youth' will be more therapeutic for smashing the CD into thousands of minuscule pieces whilst rigorously scrubbing the poison out of your ears wondering why "we're too young to feel this old" is now impaled on your minds. In short, if you enjoyed You Me At Six's other works, give 'Cavalier Youth' a listen. Nothing has changed in their short three year absence. 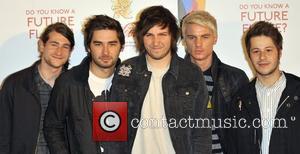 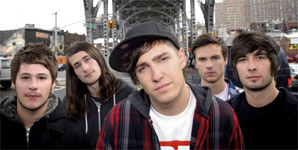 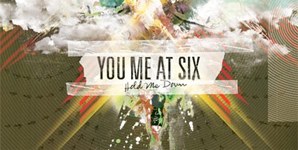