Review of The Year Of Hibernation Album by Youth Lagoon

Like Jack Tatum's Wild Nothing or Mike Hadreas' Perfume Genius, or even in its infancy Peter Silberman's The Antlers, Youth Lagoon is a semi-autobiographical project, one which allows its protagonist an outlet close enough to allow for intimacy but just about separate enough to help ease any personal insecurities or nervosas. Trevor Powers, the 22 year old Californian at the helm of Youth Lagoon, has laid his experiences of extreme anxiety in past interviews, and his début The Year Of Hibernation is a ghost-written account of such struggles. 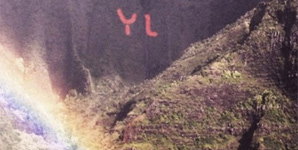 It is a darkness which is well hidden, mind, one hidden as you might imagine Trevor hides it himself, behind a hazy, lazy vibe that is much closer to the stereotypical view of his home city. The lament of opener 'Posters'; "I used to be outspoken / Doing anything for peoples attention / And when you changed I guess you thought / That I was no longer me" is glossed over by a Jim James-aping amount of reverb and buried amongst warm, rolling synths.

Throughout, The Year Of Hibernation does drift into the now forever-muddied waters of chillwave but Powers' work is of a substance atypical of such a lightweight genre. It is one wrapped in a playful atmosphere, all handclap samples and bright electronics, but there is so much more underneath that drags you back after the first couple of listens have washed over you. Highlight 'July' epitomises the Youth Lagoon sound, building from childlike piano into a burst of distorted guitars and drums that find a pleasing middle-ground between indie darlings Cults and The Rural Alberta Advantage.

The Year Of Hibernation is not a particularly inventive or ambitious album, and nor is it close to being (you would presume) a defining statement as debút albums often are, but it is a great first step out into the open, and Youth Lagoon is certainly a noms de plume of another extremely promising solo-artist. 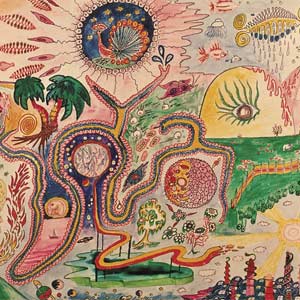 Youth Lagoon - The Year Of Hibernation