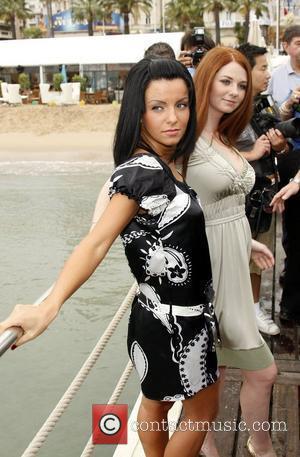 Picture: Yulia Volkova and Lena Katina of t.A.T.u The 2008 Cannes Film Festival - Day 2 -- You and I Photocall at the Carlton Pier...

Former t.A.T.u. star Yulia Volkova has stunned fans by revealing she would not be happy if her son turned out to be gay.

The All The Things She Said singer, who formed the lipstick lesbian duo with Lena Katina, appeared on a Russian chat show recently and admitted she has no love for gay men.

Asked what she would so if her son announced he was gay, Volkova reportedly said, "I would condemn him, because I believe that a real man must be a real man.

"God created man for procreation. It is the nature. The man for me is the support, the strength... I won't accept a gay son."

According to NME.com, she further risked the wrath of fans and gay activists alike, by stating, "A man has no right to be a f*g."

She added, "Two girls together (is) not the same thing as the two men together. It seems to me that lesbians look aesthetically much nicer than two men holding their hands or kissing. But I want to say that I'm not against gays, I just want my son to be a real man."