The ‘We Are Your Friends’ actor was left stumped when asked to identify a song from his breakthrough movie.

Zac Efron suffered form a bit of an embarrassing memory blackout recently, when he was asked to identify one of his songs from 2006 Disney movie High School Musical. The 27 year old actor is currently promoting his new music-centric flick, We Are Your Friends, which follows a young DJ trying to make it in California. 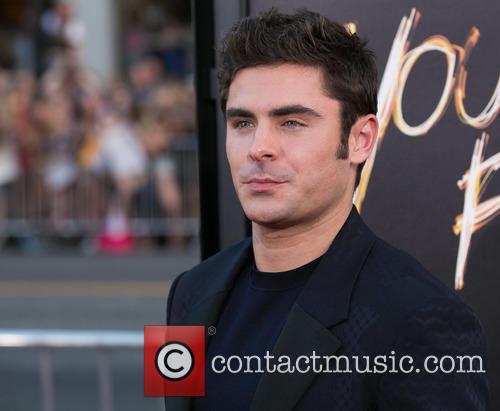 Zac Efron stars in We Are Your Friends.

Efron and his co-star Emily Ratajkowski and the film’s director Max Joseph were playing a game of ‘guess the intro’ during an interview by Cosmopolitan magazine. At first the trio seemed to get off to a really good start, with Ratajkowski identifying Beyonce’s ‘Drunk in Love’ in record time.

But things first started going a little wrong when they were played the open bars of One Direction hit ‘Steal My Girl’, which they thought was possibly ‘something from the 80s’. The trio then guessed that it could be Coldplay or U2 before being put out of their misery by the interviewer who informed them it was just the world's biggest boyband.

More: Zac Efron Is Putting The 'R' In Raunchy As He Takes On Baywatch Film Remake

The group were then played 'Breaking Free’, a hit song from the first High School Musical film which has Efron sharing lead vocals with former girlfriend Vanessa Hudgens. But while Zac knew the it was a HSM song, he just could seem to remember its title.

Efron offered suggestions such as ‘Soaring And Flying’ and “'Take A Chance?’ before finally remembering its correct title (but only after he had heard the lyric ‘Breaking Free’). The actor then tried to justify his forgetfulness by saying, ‘There’s like three movies of songs guys, come on!’

But Efron wasn’t the only one to be left slightly red-faced over their musical past. Emily Ratajkowski made sure to stay completely quiet when the opening of ‘Blurred Lines’ was played, the actress famously stripped off for the single's X-rated video. Instead Joseph offered the name of the track adding, ‘I know because Emily’s not saying anything.’

When the game was over Efron made light of the group’s failures saying, 'Not knowing the names of Blurred Lines and High School Musical...I think we nailed it.’ While Emily offered some words of encouragement adding, ‘You're trying to focus on your craft.'

Watch the trailer for ‘We Are Your Friends’ here: