Zac Efron has deleted all traces of his ex-girlfriend Sami Miro from his social media accounts following their recent split. 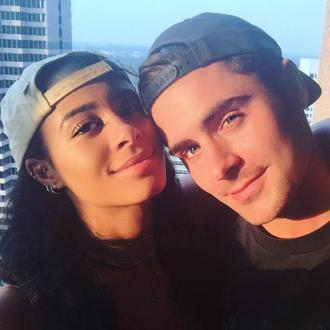 Zac Efron has deleted all traces of his ex-girlfriend Sami Miro from his social media accounts.

The 'Baywatch' actor has reportedly called time on his relationship with the 28-year-old stylist after less than two years of dating and wasted no time in deleting pictures of her from his Instagram account.

Speaking about the break-up, which Zac reportedly instigated, a source told E! News: ''They did not have the same feelings for each other as they did when they first started dating. The spark had died.

''It wasn't an easy breakup. Distance and work schedules got in the way with their relationship and Zac wanted to focus on his career.''

Before the split, Zac, 28, had regularly posted pictures of him and Sami, although she insisted she was reluctant to share too much of their personal life online.

She said: ''I'm not trying to hide anything in my life. If I was dating someone who wasn't in the limelight, I might have more photos on [Instagram] of our relationship, but I do think it's important. I mean, it's what is going on in my life, and I think that my social media can still represent that.''