The 26 year-old actor admits to enjoy seeing his former 'High School Musical' co-stars because "we never forget a single moment of that experience." 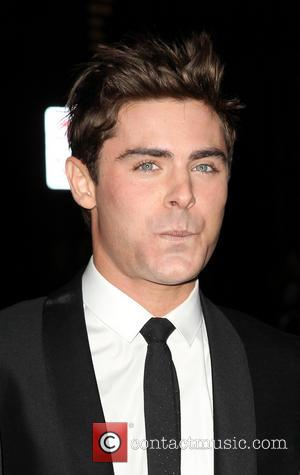 It has been a long time since Zac Efron entertained Disney audiences in the 'High School Musical' trilogy, 6 years ago in fact.

But that doesn't mean the 26 year-old has forgotten what made him into a star.

Efron, who has since taken on much more serious roles such as 'Parkland' and 'The Lucky One', has confirmed that he is definitely keen on a reunion with his former 'High School Musical' cast mates.

While promoting his new comedy 'Neighbors', along with Seth Rogen, Efron stated that he is "100 percent" interest in shooting a reunion movie, if the offer was there.

The revelation came this Sunday (March 9th), at the South By Southwest Festival in Austin, Texas, and he told E!News that "we're all thinking about it," referring to his fellow 'HSM' stars.

"I continue to see all the guys from High School," Efron said. "Every time we do...there's just this look between us. It's so cool because we never forget a single moment of that experience."

Zac also explained that when he gets together with the former cast members, "It brings you right back to those days," which is when many of them were first exposed to a large amount of success.

The successful musical movie franchise began in 2006 with a straight-to-television movie for the Disney Channel, this was then followed by a sequel in 2007 and the final instalment was made into a feature film in 2008.

Rogen, who directed and starred in 'Neighbors, also commented on a possible 'HSM' reunion.

"You guys can make a really dirty, R-rated version of High School Musical," he joked. "It would be so funny, wouldn't it?"

The upcoming R-rated comedy, which follows Rogen, his wife and baby clash an unruly gang of frat students who move in next door and take over the neighbourhood with their ridiculous antics, is set to hit theatres May 9th. Efron in the upcoming comedy 'Neighbors'