Zac Efron Admits, "I'm in the best place I've ever been," After Rehab Stint

Zac Efron has now been since leaving rehab last spring and admits, "I've never been this happy before," during an interview on the 'Today' show, this past Tuesday (Jan 21st). 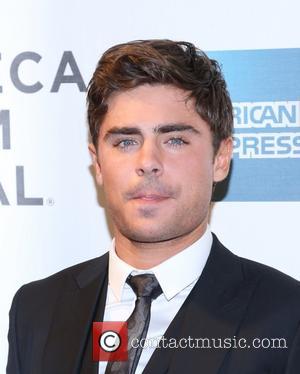 Zac Efron thought his appearance on the 'Today' show would be a usual promotional interview for his upcoming comedy 'The Awkward Moment'.

The 26 year-old, along with his co-stars Michael B. Jordan ("Fruitvale Station") and Miles Teller, visited the show to discuss their new flick that explores the positives and woes in the dating lives of three young men.

But things definitely became 'awkward' when Efron was caught off guard with a question from the show's anchor Savannah Guthrie.

"I know last year was a little bit hard. There were reports that you'd gone to rehab. Anything you want to share about that?" she intrusively said.

"I think mostly your fans just want to know how you're doing and that you're okay."

The former 'High School Musical' star replied, "I'm in the best place I've ever been. I've never been this happy before."

Efron has never publically addressed his substance abuse problems or entering rehab, which occurred this past spring (2013).

His co-star Teller was on hand to make light of the situation, suggesting that the film's title could imply to what was occurring on 'Today'.

"Like right now, we didn't prepare for these questions," he said, adding "These aren't the questions we rehearsed."

Zac jokingly quipped, "We should have been ready for this!"

However, after the 'awkward moment' passed, the 'Parklands' actor was full of admiration about his fellow actors.

"These guys are the best young actors I've ever worked with. I'm so excited," he gushed. "There's never really been a movie like this. And all of us are just stoked to get it out there. We're so happy to be in New York. This is where we made the film."