Zac Efron Finally Responds To Rehab Stint And Thanks Fans

Zac Efron finally responds to Rehab claims and thanks fans for their support. 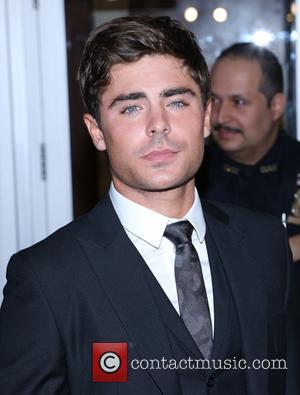 The 'Parkland' star resurfaced on September 27th via his instagram account, he posted a snap flashing his famous grin as he sported a tourist look with a big backpack slumped over his shoulders as he posed at the ancient city of Machu Picchu in Peru.

The caption for the vacation photograph read, "Hey guys! Just returned from an incredible trip to Peru with my dad and wanted to thank you all for your support these past few weeks .. .means the world to me, Love you all guys!"

The Disney star was looking happy and healthy in the snap and according to E!News a source told them "He's healthy, happy and not drinking," and at the moment "he's taking time to focus on working."

The rehab revelation came out after TMZ claim that multiple sources told the site that "Zac completed his stint in rehab earlier this year. We're told the problem spiralled out of control during the filming of Seth Rogen's movie "Neighbors," which was shot during a narrow time frame beginning in April".

The regular partygoer and Hollywood socialite entered rehab after realising he had a to get clean and straight, according to UsWeekly a pal of the 25 year old said "been struggling with this problem for years and finally realized he needed outside help". The friend also added "he's had to go from being a party boy to being completely sober."

The 'High School Musical' star returned to the Hollywood spotlight recently when he walked the red carpet for the premiere of new movie 'Parkland' at the Toronto Film Festival, a film depicting the days that followed the JFK assassination. Zac Efron at the Toronto Film Festival for the 'Parklands' premiere