The 26 year-old actor speaks candidly of his past substance abuse problems and admits: "I'm a human being, and I've made a lot of mistakes. I've learned from each one." 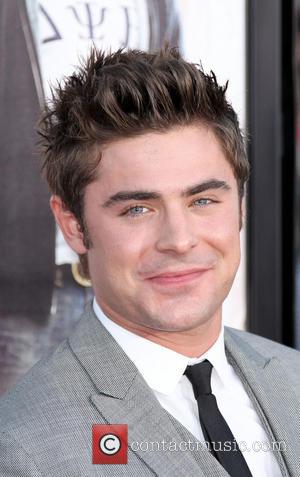 Zac Efron has finally opened up about his own personal demons.

The 26 year-old actor reportedly entered a rehabilitation facility twice last year after his partying lifestyle was getting out of control.

One year on, with the comedy film about to be released, the young star covers The Hollywood Reporter's May 9th issue and divulges new details about his struggle with alcohol and drugs.

"No matter who you are, you face challenges growing up," Efron explains. "You go with your things, you learn, you have to. It's impossible to lead an honest and fulfilling life as a man and not make mistakes and 'fess up to them when you need to. But it's especially humiliating when they happen to be so public and so scrutinized."

"When you have success young, and you accept the good things, you have to accept all of it," he continues. "You have to accept the moments of glory but also a great responsibility. And that responsibility, to some degree, involves being a role model. At the same time, I'm a human being, and I've made a lot of mistakes. I've learned from each one."

Since seeking treatment for his alcohol abuse, Efron has joined Alcoholics Anonymous and now sees a therapist. "I just started going," he says of AA. "And I think it's changed my life. I'm much more comfortable in my own skin. Things are so much easier now." However he still does admit, "It's a never-ending struggle."

Efron claims his hectic workload in recent years was the cause of much unhappiness, but he does recognise turning to drink and drugs was because of a much deeper issue, as he says, "There was something lacking, some sort of hole that I couldn't really fill up."

These addictions derived from being isolated from friends and family, and while living out of a suitcase the 'High School Musical' star's life became just about work. "I was just so deep into my work, it was really the only thing I had," Efron explains. "I clung to it in a way that became a little bit destructive."

MORE: Did Zac Efron Refuse To Accept He Had A Drug Problem?

But Zac is now on the mend and he concluded the interview by proudly stating: "I sit here in front of you today much happier and healthier than I've probably ever been." Efron is "much happier and healthier" now