Zac Efron wants a wife like Australian actress Rose Byrne and thinks women from Down Under are ''incredibly charming.'' 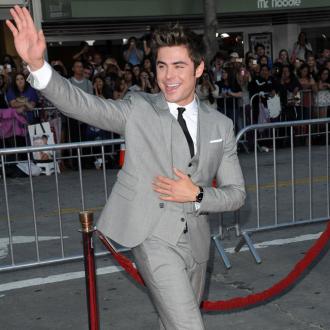 The 26-year-old hunk admits his 'Neighbors' co-star, 34, could be his favourite actress of all time and claims she possesses all of the qualities he would want in a woman he was going to spend the rest of his life with.

In an interview with women's magazine Cleo, he said: ''She might be my favourite actress in the world!

''She's got like a light about her you can't teach or learn. It's really kinda magical. In this movie she plays a strong, funny, easy-going woman. She's gonna redefine what you want a wife to be.''

The star, who has been linked to Lily Collins and Halston Sage in the past, admits he has a love of women from Down Under.

He said: ''Australian girls are incredibly charming. [Rose] has a unique perspective on life, it's really upbeat and funny. You could say that's gotta be from Australia.''

Although Zac, who spent time in rehab for drug addiction in 2013, insists he's still looking for the right girl to settle down with, sources claim he has been dating 21 year old Halston, who also stars in 'Neighbors', for a number of months.

An insider recently said: ''They were seeing each other a bit during filming of their movie together and ever since he went to rehab they got a lot closer.''