Check out pictures from the premiere below 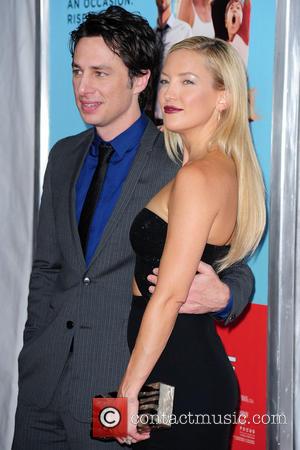 Stars gathered for the New York premiere of Zach Braff’s spiritual sequel to ‘Garden State’, ‘Wish I Was Here’ on Tuesday night (July 15).

The film sees indie favourite Braff back in the movie game following a hugely successful turn as ‘JD’ in hospital comedy-drama Scrubs. Following the sitcom, he found critical acclaim and a cult following with ‘Garden State’.

‘Wish I Was Here’ is about a single father trying to experience life and raise his kids at the same time. It stars Donald Faison, Josh Gad, Kate Hudson, Jim Parsons, Ashley Greene, Joey King, Mandy Patinkin, and James Avery and will be released this Friday  (July 18) by Focus Pictures.

Braff was recently moved to defend his decision to fund the film via the crowdfunding site, Kickstarter. He explained that this campaign will only finance a part of the film's entire budget (which he estimates to be about $5-6 million). He was also keen to point out that it was more about building a community than raising money. And if you don't want in on that community, well then so be it. "If you hate me and Garden State... this is not the club for you,” he explained.

More: Read About The Film's Music as Zach Braff Reignites The Shins Connection for 'Wish I Was Here