First Veronica Mars, now Zach Braff's flick - Hollywood might finally be awaking to the power of the internet. 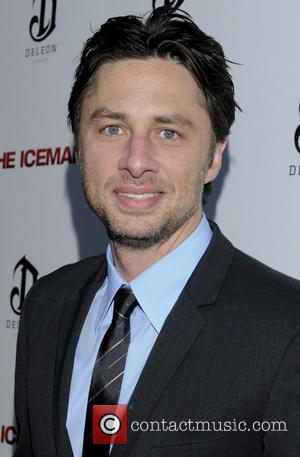 In news that has opinions strongly divided, Zach Braff is making a movie and using Kickstarter to fund it. After the phenomenal success of the Veronica Mars kickstarter, which raised $2 million on its second day and $5 million by the end, it was pretty clear that others were going to jump on the bandwagon, with his sort-of sequel to Garden State, Wish I Was Here.

But there are obvious differences between the sitch with VM and that of Braff’s movie. See, while Veronica Mars was a little known cult show, much beloved by its fans, but otherwise ignored, Braff’s project had reportedly already been offered the funding. The only reason the Scrubs actor chose to publicly fund Wish I Was Here was so that he could keep full creative control. Some, like Celebuzz’s Robert Kessler have called it a vanity project. And indeed, it can undoubtedly be called that.

But on the flipside of that coin, if the public really want to see a film made, and the public decide to spend a tenner of their own money to make sure that happens, where’s the harm? If anything, it’s a more democratic way of deciding which pieces of media deserve to be made and which don’t. Whether Wish I Was Here, the tale of the struggles of a mid-30s white dude fits into the first category or the second, remains to be seen.