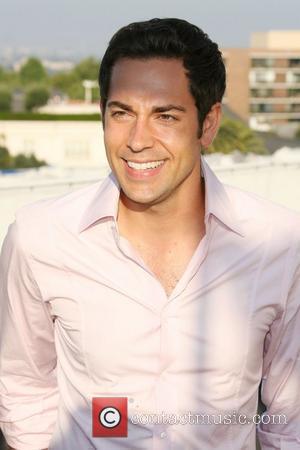 CHUCK star Zachary Levi has dismissed speculation he'll be flying into action as Superman in the next movie featuring the Man of Steel.
The superhero was last seen onscreen portrayed by Brandon Routh in 2006's Superman Returns, and The Dark Knight director Christopher Nolan has signed on to produce another installment in the blockbuster franchise.
Recent rumours suggested Levi would be taking over the role from Routh in the new film, but the actor is adamant the stories are not true.
He tells IGN Movies, "It's complete fiction. A bummer that it's complete fiction!
"I start getting these text messages from my friends, saying, 'What is going on? You didn't tell us any of this!' And I'm asking, 'What are you talking about?' I get this link emailed to me from my publicist. She goes, 'Just so you know...'
"I go check it out, and of course, on the bottom of that article there's all these comments, and every other article that spawned off of that and all the comments on those sites."