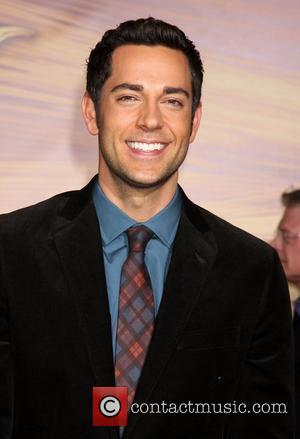 Actor Zachary Levi was forced to put his holidays on hold over the summer (10) after contracting conjunctivitis in Rome, Italy.
The Chuck star decided to travel across Europe during a break in his filming schedule and take in the sights in France, Spain, Italy and Holland.
But he found himself seeking medical attention while in Rome after waking up to find his eye dripping with a sticky fluid.
He explains, "Three days into my stay in Italy, I woke up in the middle of the night and my eye was glued shut. I was like, 'What in god's name...?' And I had pink eye! It was so bad."
And Levi encountered even more difficulty when he tried to convey his medical problem to doctors and nurses at a local hospital.
He says, "I had to go to the hospital in Rome, and finding the hospital in a different country was (difficult). I speak no Italian so I'm charading (sic) my way through, pointing to my eye like, 'I have a sick eye.'
"The doctor sits down with me and thank god she speaks (a little) English and she explained, 'You have this (eye drops), you put in your eye and it's twice a day...'"
Levi was able to resume his vacation days later after the eye infection cleared up.