Quinto Had To Shave His Eyebrows To Play Spock 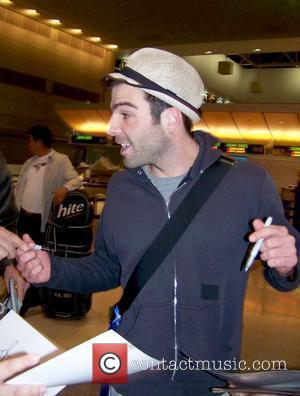 Picture: Zachary Quinto signs an autograph for a fan while at Los Angeles International Airport on his way to catch a flight to Australia to start...

HEROES villain Zachary Quinto had to crop his famous eyebrows to play MR. SPOCK in the new Star Trek movie.
The actor is famous for his bushy brows, but director J.J. Abrams insisted they had to go if he was to play the sci-fi Vulcan.
Quinto tells Playboy magazine, "I had to shave three quarters off each to play Spock."
And the actor admits he once sported a uni-brow: "I lost the unibrow in college when I was preparing to go into the acting marketplace.
"My eyebrows do require some attention... I don't know if they're my favourite feature, but they're certainly my defining characteristic."