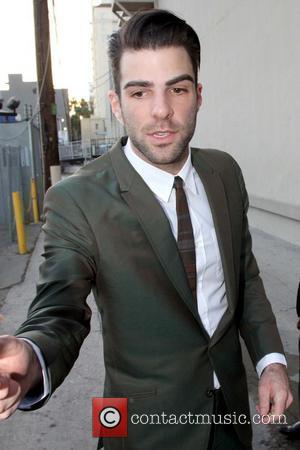 Zachary Quinto had such a hard time training his hand to make the Vulcan salute for the new Star Trek movie director J.J. ABRAMS had to glue his fingers together.
Quinto plays a younger version of Leonard Nimoy's original Spock in the new sci-fi movie, but couldn't train his digits to separate for the "live long and prosper" Vulcan salute.
The actor was so desperate to get the V-shaped hand gesture right he even tried binding his fingers with rubber bands - but it didn't work, forcing Abrams to reach for the glue pot.
A source tells the New York Post a fed-up Abrams "glued Zachary's fingers together during filming" to finally get the shot.