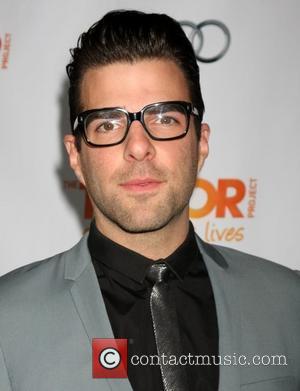 Zachary Quinto shocked even his closest associates when he 'came out' as homosexual last year (11), because he avoided telling them he planned to reveal his secret to the world.
The Star Trek actor hit headlines when he outed himself in an interview with New York Magazine last October (11), referring to himself as "a gay man" on two occasions.
His remarks sparked a wave of support from fans and colleagues, but Quinto's business associates were left open-mouthed - as they were unaware he was planning the announcement.
Quinto tells British magazine Culture, "I didn't tell anybody I was going to do it. I didn't tell my agent, I didn't tell my business partners, I didn't tell my publicists. It's so funny, because obviously it was a huge decision for me, and I made it in a specific way.
"It was very much on my terms. But I never thought beyond the action of doing it. I never thought about the reaction it would generate. Honestly."