The 48 year-old filmmaker only shared a glimpse of the famed vehicle Ben Affleck will be driving in the forthcoming 'Man Of Steel' sequel. 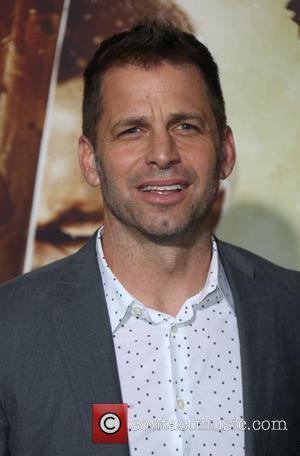 The director of the upcoming 'Man Of Steel' sequel, which will feature both Superman and Batman, teased fans with a sneak peak of the Batmobile.

On Monday morning (May 12th) Zack Snyder took to Twitter to share the snap of the famed vehicle Ben Affleck will be driving in the flick.

"Could be time to pull the tarp...Tomorrow?" the 48 year-old filmmaker wrote along with a dark photo of the back of the Batmobile, which is only visible as the rest of it is covered by a black tarp.

'Man of Steel,' which was released last year, proved to be one of the most successful films of the summer as it grossed over $291 million at the domestic box office, and over $660 million worldwide.

But as the sequel was announced, fans of the beloved DC Comics heroes weren't thrilled with the casting of Ben Affleck as Batman, as they believed he isn't the man who should follow Christian Bale's portrayal in 'The Dark Knight' trilogy.

Last September Affleck addressed the fans' dismay with his casting, and revealed the film studio had pre-warned him about their negative reaction.

When appearing on Jimmy Fallon's 'Late Night' talk show , the 41 year-old actor said the studio informed him the casting process "can be trying," but he insisted, "I'm a big boy...they said, 'Just don't use the Internet for a couple of days.' What do you mean? I handle s--t, you know what I mean? I'm very tough."

Snyder also commented on the devoted fans chiming in on his and the studios decisions, describing it as "reassuring and frustrating at the same time."

"There are two ways to think about it," Snyder said to Hero Complex. "We know the material. Unfortunately, the fans don't know the material. So, we're casting according to what's happening in the script. And we're hoping that leads to enough originality, enough perspective on what we're doing that you get something fresh and exciting. I understand the canon. I'm not crazy.