The 48 year-old film-maker is expected to begin working on the 'Justice League' movie as soon as the 'Superman vs. Batman' upcoming film is complete. 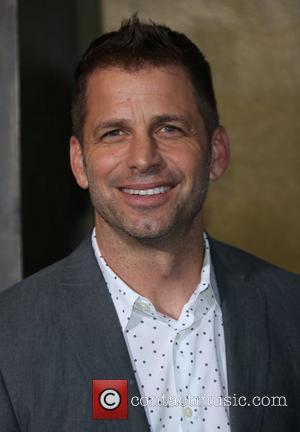 Zack Synder has signed onto direct a 'Justice League' movie.

The 48 year-old filmmaker will helm a project that depicts a D.C. Comics comic book that follows a team of superheroes.

Warner Bros. president of worldwide production Greg announced the news to the Wall Street Journal that the studio will be going ahead with the film once 'Superman vs. Batman'' is complete and released in 2016.

The release date for the movie is still unknown but as the film studio will shoot 'Justice League' straight after the 'Man Of Steel' sequel released, it will likely hit theatres at least two years later in 2018.

Expecting to star in 'Justice League' is Henry Cavill as he will reprise his role of Superman, Ben Affleck as Batman and Gal Gadot as Wonder Woman.

"It will be a further expansion of this universe," Silverman said. "Superman vs. Batman will lead into Justice League."

Meanwhile another Warner Broz. executive also commented on the idea of a 'Justice League' spin-off film starring Wonder Women on her own, and it seems this is something they are very interested in doing.

"That is our hope," said Sue Kroll, president of worldwide marketing. "With the right script, that could be viable. The world is ready for her."

But since 'Justice League' features several more superhero's and is likely to be a huge production, the studio will have its hands full finding the suitable cast.

MORE: What Do We Know So Far About 'Batman vs. Superman'?

However, one spot they have already filled is of Victor Stone, A.K.A Cyborg, who will be played by Ray Fisher. The character will have a minor role in 'Superman vs. Batman', but this casting and Fisher's appearance are intended to pave the way for future appearances by the superhero within the Justice League franchise.

Snyder will begin work on 'Justice League' as soon as he is finished with 'Superman vs. Batman'