One Direction not Zayn's type of music 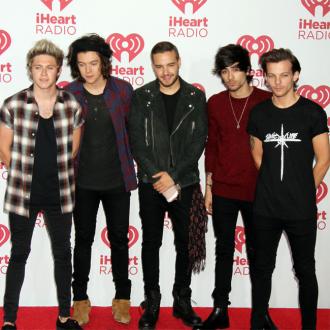 One Direction was never Zayn Malik's type of music.

Although the 22-year-old singer was a member of the chart-topping boyband for almost five years before he quit in March, Liam Payne says Zayn was never a fan of the music they made.

Speaking on the BBC Radio 1 Breakfast Show with Nick Grimshaw, Liam, 21, said: ''One Direction was never his type of music so he went and found something else.

''He's off doing his own thing and it's nice that we've all banded together and we're stronger than ever.''

Zayn recently signed a solo deal with RCA and Liam wished his former bandmate luck, saying: ''Obviously he's really happy and congratulations to him on his new record deal, it's cool. Lots of music and lots of love.

''There's too much history for there not to be love, it's just one of those things. If your heart's not in it, you can't stay.''

And Liam also revealed that he and Zayn wrote a lot of music together in the past, which they are hoping to give to other artists.

He said: ''I did a lot of writing with Zayn actually which was cool and we've got stuff that we're gonna give to other artists.''

One Direction shocked fans when they released a new single, 'Drag Me Down', out of the blue last week and Liam compared it to when Beyonce Knowles dropped her surprise fifth album on iTunes in 2013.

Revealing it was influenced by The Police, Avicii and Maroon 5, he said: ''This year we went Beyonce style and dropped a song secretly.''