Zayn Malik has become the male star whose style is most searched-for online, knocking band mate Harry Styles off the top spot. 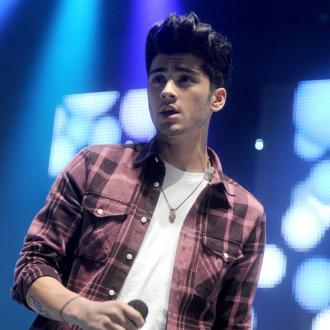 Zayn Malik has got the most searched-for male celebrity style online.

The One Direction heartthrob, envied for his impressive quiff and snazzy dress sense, has knocked his fellow band mate Harry Styles off the top spot according to new statistics from the UK's leading independent celebrity fashion website, www.MyCelebrityFashion.co.uk.

The 20-year-old trendsetter has also booted a host of familiar faces off the top 10 list, including Justin Bieber and 'X Factor' judge Gary Barlow who initially featured in third place in 2012, but has now been replaced by soccer star David Beckham.

Justin Timberlake's suave style has also made a grand return thanks to his musical comeback, placing him at number six.

''British men are definitely on the lookout for the most fashionable celebrities out there and, despite their young age, One Direction already know how to dress to impress with both Harry Styles and Zayn Malik in the top five.

''But whatever the press say about Zayn's love life, he definitely knows how to put himself out there when it comes to his trendy style and that's (almost) all we want to know about!''

The top 10 most searched for male celebrity styles over the past three months were as follows: