Nadiya Hussain, the most famous former winner of ‘The Great British Bake Off’, has been announced as the co-host of the BBC’s new cooking show coming later this year to rival ‘Bake Off’ when it begins on Channel 4.

The 32 year old baker will be the face of BBC Two’s upcoming ‘The Big Family Cooking Showdown’, the cooking show which was announced back in October, and she’ll be co-hosting the programme with Zoe Ball.

Chefs Rosemary Shrager and Giorgio Locatelli will be the judges, in a format that will see 16 families inviting the four stars of the show into their homes where they’ll be hoping to show off their collective cooking skills. They will be whittled down to a four-family final over a series of 12 hour-long episodes.

The couple said they will continue to raise their two children together, living next door but one.

TV presenter Zoe Ball and her DJ husband Norman Cook, better known as Fatboy Slim, have announced they are to split after 18 years of marriage. The couple announced their separation in a joint statement, saying they had “come to the end of our rainbow.” A statement posted on both their Twitter accounts read: “With great sadness we are announcing that we have separated. After many exciting adventures together over the last 18 years we have come to the end of our rainbow.”

Her husband, DJ Norman Cook, has already forgiven her and knows it was a "silly" kiss, according to reports.

Drunken shenanigans at the ‘Strictly Come Dancing’ production wrap party in London’s Soho this week, as married presenter Zoe Ball was snapped locking lips with a boyband member half her age on the dancefloor.

45 year old Zoe, who presents the BBC2 spin-off show ‘It Takes Two’, has been married to DJ Norman Cook (who of course goes by the stage name Fatboy Slim) for 16 years, and has two children with him – 15 year old Woody and five year old Nelly. The New Dr Who Will Be Revealed This Sunday, But Who Will It Be?

With Matt Smith's time as the Universe's most famous time altering, Tardis-flying hero, Doctor Who, coming to an end, we've all been scratching our heads over the prospect of his potential successor. Could it be a man, a woman, a lime-green half-man-half-woman? The possibilities are limitless, however the reality will be made apparent sooner than some might expect, as the BBC intends on revealing the 12th Doctor during a live show being aired this Sunday (4 August) on BBC1. The show, which will be presented by Zoe Ball, will feature some in-depth Doctor Who discussion, as well as interviews with current Time Lord Matt Smith and executive producer and head writer Steven Moffat, with the new Doctor's unveiling serving as the main attraction for the Who-filled evening. According to reports from the BBC, the mystery person has already been chosen following a series of rigorous screentests, organised incognito by the Beeb under the codename 'Houdini.’

Continue reading: The New Dr Who Will Be Revealed This Sunday, But Who Will It Be?

Peter Capaldi To Be Announced As 'Doctor Who' In Special Live Show?

The new Doctor Who will be unveiled on Sunday - but is it Peter Capaldi?

The new Doctor Who will be revealed in a special live show on Sunday (August 4, 2013) with 'The Thick of It' star Peter Capaldi the clear favourite with the bookmakers.

According to the BBC, the half-four show will be presented by Zoe Ball and is set to feature an interview with the current Doctor Who Matt Smith and executive producer Steven Moffat. The casting remains shrouded in secrecy, with only a handful of those working on the long-running BBC show privy to the selection.

"The decision is made and the time has come to reveal who's taking over the Tardis," Moffat said. "For the last of the Time Lords, the clock is striking twelve."

Continue reading: Peter Capaldi To Be Announced As 'Doctor Who' In Special Live Show?

Awards shows are fun not only to see who wins each award, but also to see what the stars are wearing down the red carpet. We common folk may not be able to purchase the very same, but we can damn sure try to get close. This year's BAFTAS seem to make replicating red carpet styles easier than normal as it seems simplicity is key, and black is best.

The staple of every woman's wardrobe, the solid, stable and dependable LBD (little black dress) has been transformed. No longer little, these gowns hit the floor in a flourish of appropriate drama. X Factor's Caroline Flack turned up in a fairly understated gown, figure hugging in all the right places, with simple lines, the whole outfit is set off by the sheer lace long sleeves which turn what could have been a boring dress into something beautiful.

Laura Whitmore is rocking a jumpsuit with a slit down the front, and long sleeves, bridging the often difficult gap between sexy and sophisticated. She has accessorized her simple elegance with chunky gold cuffs and bright red lipstick. Zoe Ball's shiny dress is certainly the most unusual of the evening, but it fits her perfectly and she needs nothing but a great pair of earrings, a statement pair of rings and a what looks like an effortless hair style to make it work for her. 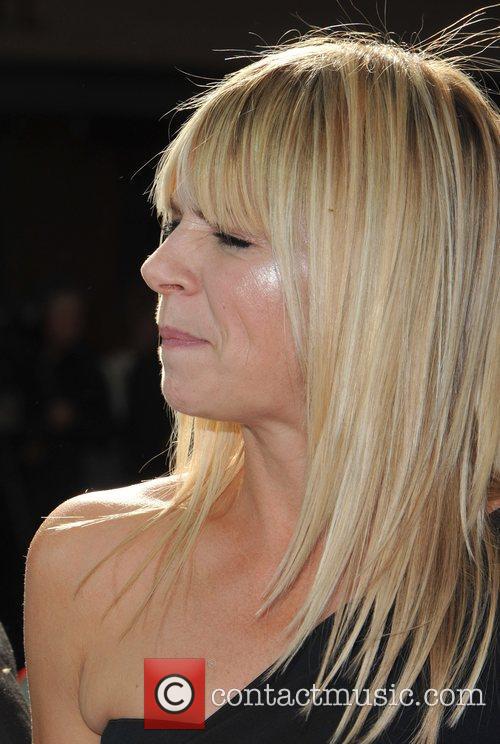 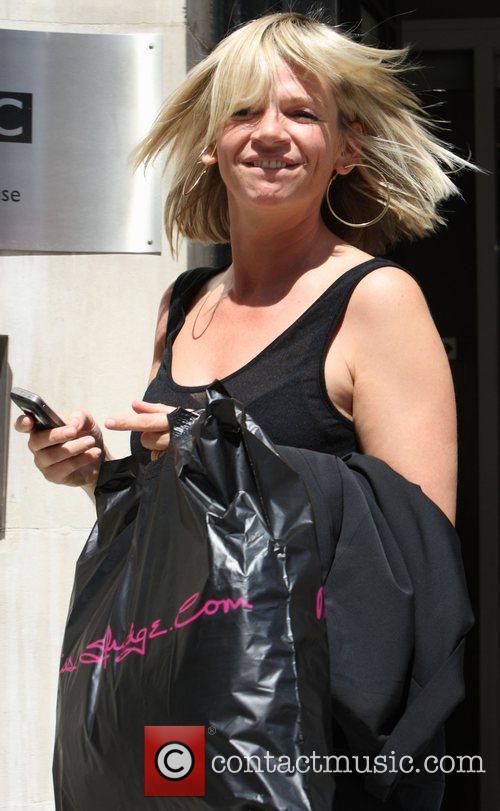