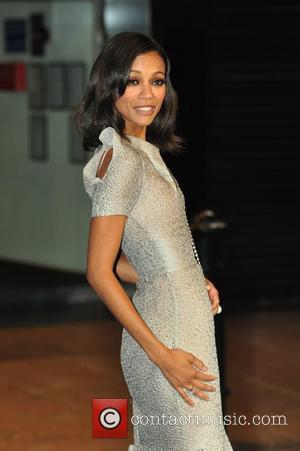 AVATAR actress Zoe Saldana is thrilled she is best known for her roles in sci-fi epics - because she's always considered herself a "geek".
The stunning star shot to fame in J.J. Abram's Star Trek earlier this year (09), and takes the lead female role in James Cameron's comeback computer generated alien-human love story.
And Saldana loves meeting up with fans of her fantasy movies - comparing it to "preaching to my choir".
She tells People.com, "For me, it's been like preaching to my choir, because I was considered what you would think of as a geek.
"I loved stories that helped me escape, and those happened to be the stories that fall into the category of geekiness. So, therefore, I am a proud geek!"