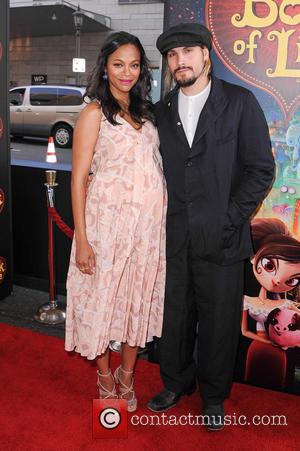 The 55 year old passed away at a hospital in Los Angeles on Tuesday (14Oct14), and the tragedy has prompted an outpouring of grief among the acting community.

Pena played Sofia Vergara's onscreen mother in hit U.S. Tv show Modern Family, and her co-star Ferguson mourned her loss in a post on Twitter.com, writing, "The entire cast and crew are very sad to say goodbye to one of our Modern Family members. Rip to the beautiful & talented #ElizabethPena."

Star Trek actress Saldana writes, "My heart is broken!!! My prayers are with you and your family. We will miss you #ElizabethPena."

Eva Longoria, who admits she is a big of Pena's work, writes, "Rip Elizabeth Pena. I was a fan since the days of I Married Dora & loved her in Jacob's Ladder & more recently Matador/Modern Family," and Longoria's former desperate Housewives co-star Dana Delany adds, "Aw...damn. Elizabeth Pena was a wonderful actress and even lovelier person. My thoughts are with her family."