Zoe Saldana has revealed she was once told she was hired for a movie because of the way she looked in underwear. 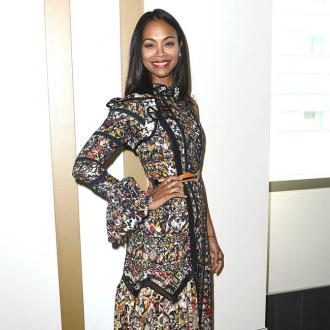 Zoe Saldana was once told she was hired for how she looked in underwear.

The 'Guardians of the Galaxy' star wishes she could have filmed what was said to her to show to young girls and encourage them to fight against sexism.

She shared to Philadelphia Daily News: ''A producer once told me he hired me for the way I held a gun while wearing panties, not for my opinions.

''I wish I'd recorded it, so I could play it for every girl in elementary school and tell them never to let anybody treat them that way.''

It is not the first time the 37-year-old beauty - who has seven-month-old twins Cy and Bowie with husband Marco Perego - has spoken up about sexism, as she previously claimed she was nearly dropped from a movie for being pregnant.

She said: ''Let me tell you something, it will never be the right time for anybody in your life that you get pregnant. The productions I was slated to work on sort of had a panic. I heard through the grapevine there was even a conversation of me being written off of one of the projects.

''I was like, 'Oh, my God, are you kidding me? It's this bad?' Right when I just feel super-duper happy, is that inconvenient for you?' That me, as a woman in my thirties, I finally am in love and I am finally starting my life? And it's [screwing] your schedule up? Really?''