Zoe Saldana had sex on a train

Zoe Saldana revealed she once had sex in between two carriages on a train and has also got passionate on a plane before. 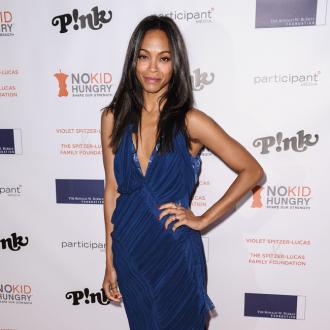 Zoe Saldana once had ''super ghetto'' sex on a train.

The 35-year-old actress, who admits she's made love on a plane before, revealed the craziest place she's ever had intercourse was in between two rail carriages.

Speaking on SiriusXM's 'Sway in the Morning', she said: ''I am part of the Mile High Club. Ok this is ghetto, but I'm from Queens so whatever, there is a train from Coney Island [New York] all the way back into the city, and it [the sex] was between two train cars, it was super ghetto.''

However, the brunette beauty, who is married to Marco Perego, insists she's changed her ways and won't be getting physical on a public mode of transport again.

However, Zoe - who dated Bradley Cooper until 2012, and also had an 11-year relationship with Keith Britton until 2011 - is no stranger to discussing her personal life as she revealed in 2010 she couldn't live without sex and thinks everyone should show off their body.

She said at the time: ''Love it, love it, love it - can't live without it! I love sex. I love skin. I don't believe the body is something to hide.''

And in May 2012, Zoe took things one step further by revealing her favourite sexual position.

She said: ''I like missionary and I like being on my knees too. And I love being on top. I love doggy-style or standing up.''