Zoe Saldana has revealed she ''responded very, very well'' to the script for Marvel's big budget blockbuster 'Guardians of the Galaxy'. 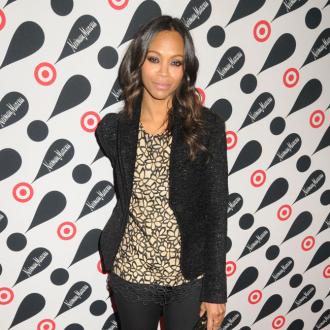 Zoe Saldana ''responded very, very well'' to the 'Guardians of the Galaxy' script.

The 'Star Trek Into Darkness' actress has revealed she signed on to star in Marvel's big budget superhero film because she loved the script and casting choices, as well as admiring the flick's director, James Gunn.

She told Collider.com: ''I really like the director, James Gunn; I responded very, very well to the script; I loved the casting decisions they've been making so far. I can only hope we kick ass and we have a great time while we're putting the film together.

''And that the result of that, the audience will respond very positively to it and hopefully we'll be able to make just as much as 'Iron Man [3]' is making right now.''

By signing on for the blockbuster, Saldana is now attached to three big sci-fi franchises - 'Avatar', 'Star Trek' and 'Guardians' - but she insists this is just a coincidence.

She said: ''I haven't thought about it that way, up until this ['Star Trek' promo] tour actually, when it was brought to my attention. I read scripts and if I respond well to the story and especially to the character that they want me to consider or that I'm going after, that's what I do.

''And then all of a sudden I stop and I go back and go, 'Oh my God! These three things have so much in common', and then I just keep going. It's not something that I'm strategically looking after or that I'm finding because I'm avoiding other things. I guess I gravitate a lot towards these kinds of characters that are very physically active.''

'Guardians of the Galaxy', which also star Chris Pratt, Michael Rooker and Dave Bautista, will begin filming this summer for release in June 2014.