Zoe Saldana In Talks For Marvel Film 'Guardians Of The Galaxy' 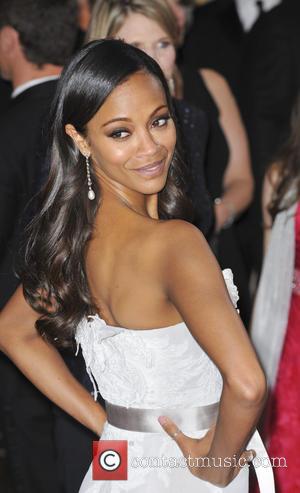 Zoe Saldana could well be on the way to snagging herself a role in a major Marvel Studios film, with the actress reportedly in talks with the comic giants over the female lead in their forthcoming movie Guardians Of The Galaxy.

According to The Hollywood Reporter, Saldana would play Gamora, the green-skinned humanoid who is the last of a species that was exterminated by a race known as the Badoon. Thankfully, she also happens to be a skilled assassin, so she’s likely to have a handy chance against the Badoon. Well of course she would, otherwise she wouldn’t be the sole survivor of her race. Chris Pratt has already been confirmed as the Star-Lord, with Dave Bautista also on board to portray Drax The Destroyer. The role is a typical all-action one for Bautista, who made his name as a professional wrestler in the WWE, wrestling under the name Batista and ascending to the very heights of the business.

According to the same report, the superhero group also includes Groot, a giant tree-man, and Rocket Raccoon, a genetically engineered animal with a knack for guns and explosives. Bet they have plenty to talk about at parties at any rate. James Gunn is directing the movie, which will likely being production in June, with a release date set by Disney for Aug. 1, 2014. Zoe Saldana could be signing up with Marvel