Zoe Saldana spent a ''month'' sleeping after appearing in 'Avatar' because she was ''emotionally overwhelmed''. 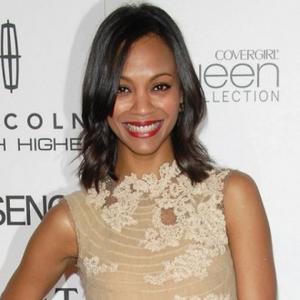 Zoe Saldana came close to a mental breakdown after appearing in 'Avatar'.

The 'Star Trek' actress - who portrayed blue alien Neytiri in the James Cameron-directed 2009 movie - admits she struggled to deal with the after-effects of the film's success and was exhausted, leading her at one point to spend "an entire month" sleeping.

She said: "The year after 'Avatar' was just emotionally overwhelming. I was travelling all over the world, waking up in different time zones.

"Your body gets exhausted and by the end of the year I just collapsed. I was sitting in my hotel room and I couldn't stop crying. I couldn't stay awake. I must have slept for an entire month."

The 33-year-old beauty confesses it took her a long time to recover, but did so thanks to the help of her family.

Shea added: "It took me the rest of the year, even as I was working and shooting 'Columbiana', to pick myself up. Thank God my family was there."

Now Zoe prefers to have a slow-pace of life with her partner Keith Britton, and she admits she will go for days without washing or checking her emails if she feels it is necessary.

She added to Latina magazine: "I don't shower if I don't want to. I don't answer emails. It's a healthy way of being selfish.

"You know you're getting old when gardening, the Food Network and voice notes from your nieces and nephews blow your mind."