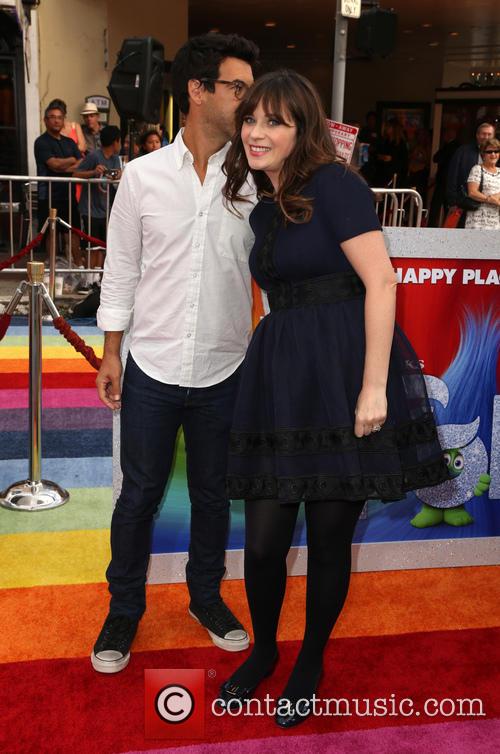 Almost pathologically buoyant, this brightly colourful animated comedy is so cheeky that it's impossible to dislike. The plot may be thin, and the wackiness a bit too full-on, but every moment is packed with smart verbal and visual jokes. This rapid-fire energy keeps us laughing all the way through, while the lively song score has us humming along and wishing we could get up there and dance.

It's set in a garish fantasy world in which sweetly happy trolls are locked in a mortal battle with gloomy bergen who think the only way they can achieve happiness is to eat a troll. It's been 20 years since the trolls escaped to form a secret forest community, so they throw a party to celebrate. Led by Princess Poppy (Anna Kendrick), the festivities feature so much music, glitter and hugging that the bergen's Chef (Christine Baranski) spots their location. The paranoid troll Branch (Justin Timberlake) had warned that this might happen, and sure enough Chef sweeps in and grabs a handful of trolls to take back to bergen King Gristle (Christopher Mintz-Plasse). Feeling responsible, Poppy sets out on a quest to rescue them, and Branch grudgingly accompanies her. They also get help from the lovelorn bergen scullery maid Bridget (Zooey Deschanel).

There isn't a moment in this story that carries even a hint of actual suspense, but the action scenes are still exhilaratingly madcap, and the darker moments along the way generate proper emotion. Thankfully, the lesson is so painfully obvious (you don't need to eat a troll to be happy!) that the filmmakers don't bother hammering it in. Instead, they fill every scene with deranged wit, ridiculous gags and lively character detail.

By Holly Williams in Lifestyle / Showbiz on 10 November 2015

Because faith isn't always something you're born into.

Zooey Deschanel has reportedly converted to Judaism for her new husband Jacob Pechenik, despite having never been affiliated with any religion before. The conversion took place prior to the marriage earlier this year and it seems the newly bonded pair and their new baby couldn't be happier. Having been raised in a liberal environment, with both parents affiliated with Christian denominations, the 'New Girl' actress never really found her own spiritual path. That is, until producer Pechenik came along and she began to study the teachings of the Jewish faith, according to a source in Us Weekly. This could mean that they'll also be raising baby daughter Elsie Otter in a Jewish household.

Continue reading: From Zooey Deschanel To Jenna Jameson: Meet The Jewish Converts Of Hollywood And Beyond

Deschanel and her husband Jacob Pechenik told waiting reporters about the inspiration behind their three-month-old girl's name.

Three months after she gave birth to her first child, Zooey Deschanel has revealed the unusual middle name she and her husband have given their baby daughter, and the inspiration behind it.

The ‘New Girl’ and husband Jacob Pechenik have chosen the name Elsie Otter for their three month old girl, they told People magazine at the red carpet premiere for Rock The Kasbah in New York on Monday night (October 19th). “It’s Elsie…” Deschanel began, with her husband jumping in with “Otter”. “Like the animal,” she explained, with Pechenik adding “sea otter”. Continue reading: 'New Girl' Gets A New Girl As Megan Fox Fills In For Zooey Deschanel

Zooey Deschanel and Jacob Pechenik have welcomed a daughter. Deschanel’s representative made the announcement and confirmed the two had also secretly married before the arrival of their first child together.

There’s two lots of good news for fans of Zooey Deschanel. The New Girl actress has welcomed her first child and, her representative revealed whilst confirming the arrival of the healthy baby girl, is also married!

Zooey Deschanel and Jacob Pechenik at the 66th Primetime Emmy Awards in August 2014.

Released in October, the film will see rock band manager Bill Murray get stranded in Kabul.

Rejoice, Bill Murray fans! We’ve just got the first glimpse at his new comedy Rock The Kasbah, in which he stars alongside Kate Hudson, Bruce Willis and Zooey Deschanel.

Watch the trailer for Rock The Kasbah here:

Fox Picks Up 'New Girl' For A Fifth Season

Zooey Deschanel, Jake Johnson and the gang will return for a fifth season of Fox's successful 'New Girl' in 2015-2016.

Fox’s successful comedy ‘New Girl’ has been given the green light for a fifth season, the network announced on Tuesday.

The renewal was reported by the LA Times, and the news means that the Zooey Deschanel-fronted comedy will register its one hundredth episode during the fifth series’ transmission run.

As She & Him announce new ‘Classics’ covers album, Contact Music look at the New Girl star’s best-loved renditions of songs by the Smiths, the Beach Boys and more.

‘New Girl’ star Zooey Deschanel is a woman of many talents. While many know her as the quirky school teacher Jess in the hit US TV show or from roles in films such as 500 Days of Summer and Almost Famous, the actress has also built up a respectable singing career as part of indie pop duo She & Him. 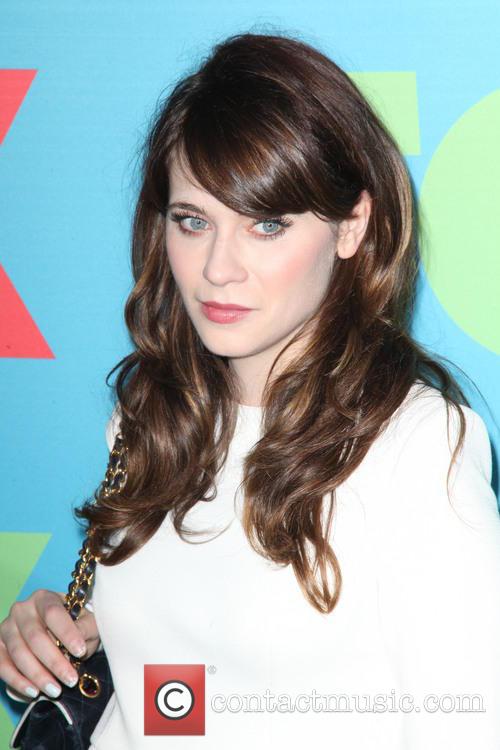 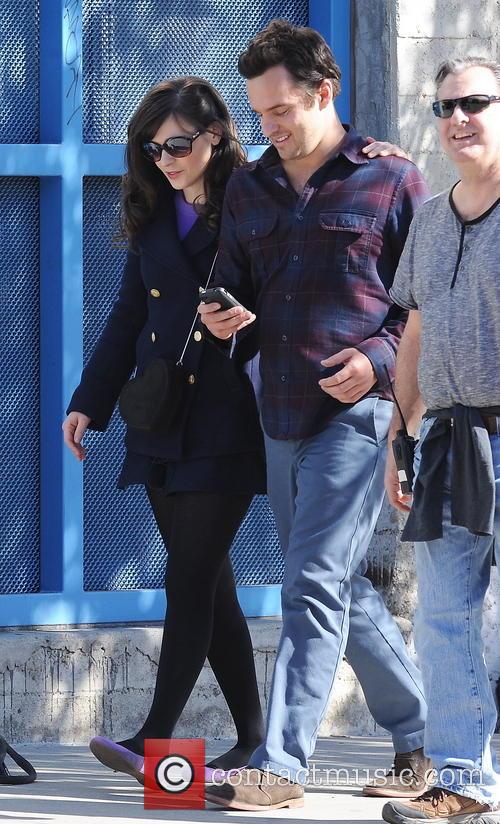 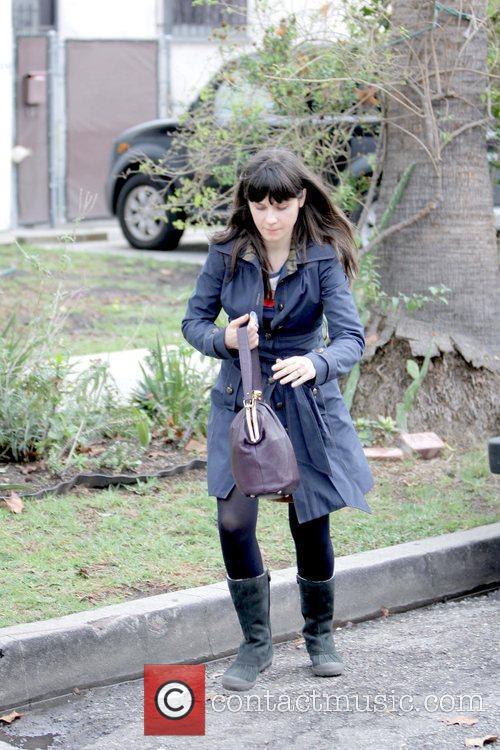 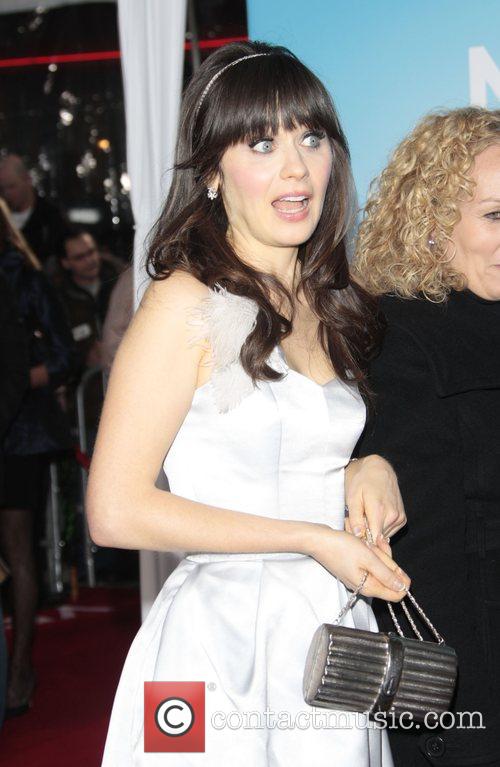 Fox Picks Up 'New Girl' For A Fifth Season 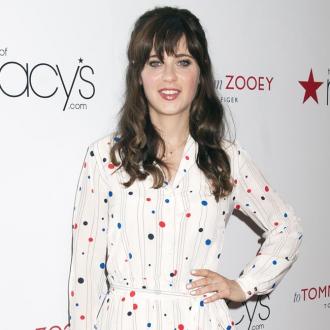