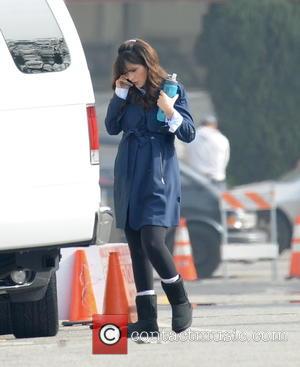 Picture: Shots of American actress Zooey Deschanel as she is back at work to film the new season of hit TV show "New Girl" she was...

The Elf star's representative has confirmed Deschanel is the mother of a healthy baby girl.

The actress was previously married to Death Cab For Cutie frontman Ben Gibbard. They split in 2011.