Zooey Deschanel was ''obsessed'' with 'The Wizard of Oz' when she was a child and spent hours learning the words to 'Over the Rainbow'. 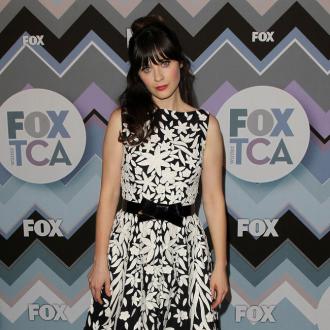 Zooey Deschanel was ''obsessed'' with 'The Wizard of Oz' when she was a child.

The singer-and-actress fell in love with the movie when she was just two years old, and spent hours learning the words to 'Over the Rainbow', Judy Garland's hit from the soundtrack.

She said: ''When I was two, I saw the 'Wizard of Oz' and became completely obsessed with ['Over the Rainbow']. My parents have a video of me singing it when I was two.

''Coming at a song for the first time, having no history of knowing any songs before, it's an interesting memory to have. It was the first song I learned the words to. It was difficult but I was determined.''

Whenever she is feeling down, Zooey listens to the Beach Boys as she knows their music will always make her happy.

She told NME magazine: ''I go through phases but I always love the Beach Boys. Their harmonies, for my musical geek side, are so incredible but the music just makes me feel happy. I can't explain it. I've always loved them.

''I think the combination of personalities in the band is really special as well.''