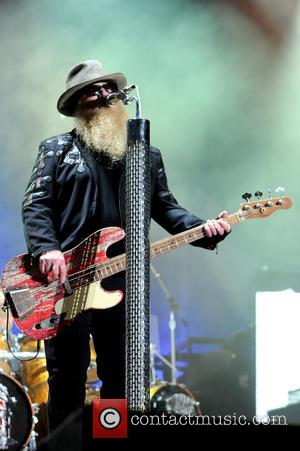 The guitarist was set to travel the U.S. with his solo project Billy Gibbons and the BFG's from 10 November (15) in Atlanta, Georgia but he has now scrapped the first dozen dates on the trek without an explanation.

He will begin his shows on 27 November (15) in Fort Lauderdale, Florida and perform 13 dates in the U.S. before heading to the Havana Jazz Festival in Cuba, which takes place from 17-20 December (15). The postponed dates will be rescheduled for 2016.

The trek is in support of his debut solo album Perfectamundo, which is set for release on 6 November (15). Gibbons sings in both English and Spanish on the Cuban-inspired record.

Gibbons previously insisted the BFG's project does not mark the end of ZZ Top, saying, "I put together a little side band... It's (project) is turning out to be such an obtuse, oddball, unexpected left turn from ZZ Top's blues background. But there is something to it."