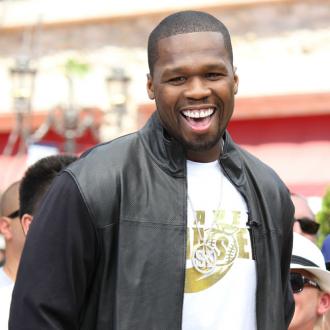 50 Cent chilled with DJ Skitz in a hotel that ''stunk of weed''.

The 'P.I.M.P' hitmaker hung out with the 'Where My Mind Is At' producer, who claimed the rapper's entire hotel floor was filled with the smell of marijuana when he visited the UK.

Speaking exclusively to BANG Showbiz, Skitz recalld: ''Literally you got to his floor, the lift opened and there was people smoking weed, there was a butler there giving everyone champagne, the whole hotel stunk of weed but just on that one floor. It was a family vibe, and there was extended family just running around in the corridor.''

But the UK hip hop star was more surprised at the price of a cup of tea.

He added: ''I've got to say, when we were in the hotel room waiting for 50 Cent to come and do the interview, we were looking at the breakfast menu and it was £28 for a cup of tea ... that was really amusing.''

He added: ''I've shared a lot of stages, I've supported Jay Z, and I've supported Kanye West. But hanging out with The Roots, when The Roots came and lived in London for a bit - and they had a house in London - I used to take them their weed. Seeing them soak up the English scene and embrace the culture and really get totally inspired - and then go back to America and completely blow up - that is interesting for me and inspiring. It kind of makes me feel that the English scene is amazing.''

DJ Skitz is set to perform with his long-term collaborator Rodney P at the Beat Box Championships supported by Relentless Energy Drink on November 7 - in London's iconic Clapham Grand.