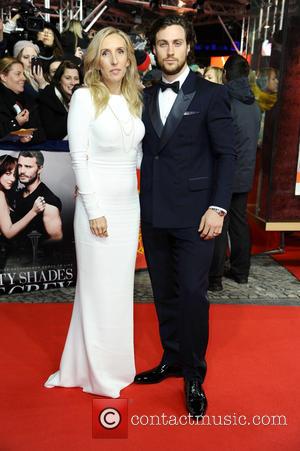 Picture: Sam Taylor-Johnson and Aaron Taylor-Johnson - Stars from the upcoming raunchy movie 'Fifty Shades of Grey' were photographed on the red carpet at the 65th...

Both babies were born at home and the actor wanted to be closely involved in the birthing process.

He tells At Large magazine, "Our two were both born at home, and I helped deliver my children. It was very intimate. When I was holding my daughter, I looked down and thought, This is the most pure and most gorgeous, innocent, angelic thing I've ever held in my hands. This is the purest thing we as humans can create. This is the best creation we can make. As parents, it becomes our job not to ruin it."

The pair married in 2012. The Fifty Shades of Grey director has two other children from her previous marriage.