The Academy Revokes Oscar Nominated Song 'Alone Yet Not Alone'

The Academy have disqualified the Oscar nominated song 'Alone Yet Not Alone' due to the composer, Bruce Broughton, making voters "aware of his submission during the nominations voting period." 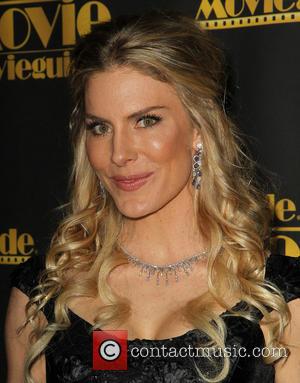 The board of governors for the Academy of Motion Picture Arts and Sciences have made the shock decision to revoke an Oscar nominated song for the upcoming award ceremony.

'Alone Yet No Alone', the soundtrack to the largely unknown film of the same name, was nominated for Best Original Song.

However, the track will not be eligible to enter the ballot when final voting takes place on February 14th, the Academy announced in a press release.

The song has been surrounded by controversy since news broke that the composer, Bruce Broughton, who is a former governor and current music branch executive committee member, emailed individuals who vote for the nominees.

Broughton, who served on the board from 2003-2012, was nominated with lyricist Daniel Spiegel for their song featured in the faith-based independent film, starring Kelly Greyson, Natalie Racoosin and Jen Gotzon, that depicts 18th Century colonists attempting to survive in the Ohio Valley.

Shortly after the Academy rescinded the soundtrack, Broughton released a statement to The Hollywood Reporter which read, "I'm devastated. I got taken down by competition that had months of promotion and advertising behind them. I simply asked people to find the song and consider it."

The Academy's press release stated that "it is the Academy's goal to ensure that the Awards competition is conducted in a fair and ethical manner."

They believed Bruce's actions were violating their "promotional regulations" and were therefore forced to withdraw his nomination from the award ceremony.

The nominations for the Best Original Song now are:

'Happy' from 'Despicable Me 2'-Music and Lyric by Pharrell Williams This gives Pharrell's 'Happy' a greater chance of wining an Oscar