Music Veteran Alice Cooper Will Always Regret Missing Out On The Chance To Hit The Studio With Actor-turned-heavy Metal Rocker Sir Christopher Lee. 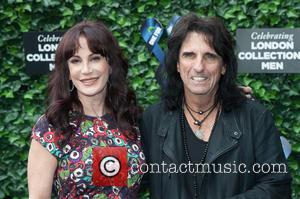 The movie legend, who died last Sunday (07Jun15) at the age of 93, indulged his love of rock music in his later years by recording a number of heavy metal albums, and Cooper admits he had long planned to work with Lee on a record, but they never found the time.

He tells Kerrang!, "Christopher Lee was, like, an inspiration to every total rock guy out there. He was the best... I knew Christopher Lee on a lot of different levels. We tried to do some songs together, but never quite got it together. But he was really a rocker. I mean, the guy was doing heavy metal albums. That's pretty hip."