Rock Veteran Alice Cooper Is Auctioning Off A Special Meet-and-greet Session With Fans Backstage At A Concert To Raise Money For Earthquake-ravaged Nepal. 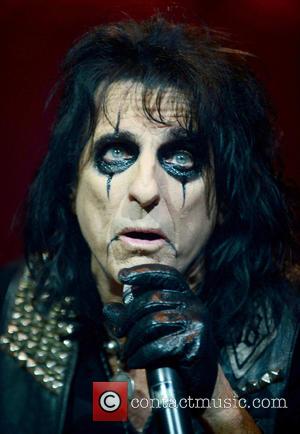 The School's Out hitmaker is performing across the U.S. later this year (15) as special guest on Motley Crue's farewell tour, and he is giving two fans the chance to mingle with him after one of the shows.

Tickets to a U.S. concert of the winner's choice, along with the meet-and-greet afterwards, have gone up for auction on Charitybuzz.com, and the money raised from the sale will go towards aid efforts in Nepal, which was hit by two devastating tremors in April and May (15), leaving more than 8,300 dead and 21,000 injured.