Amanda Seyfried is set to star in 'Les Miserables', after being offered the part of Cosette in the big screen version of the hit musical. 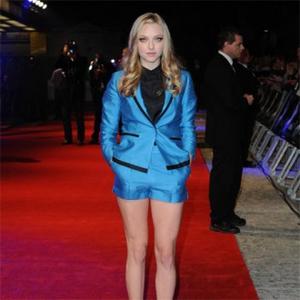 Amanda Seyfried is set to star in 'Les Miserables'.

The 'Mamma Mia!' actress has been offered the role of Cosette in the forthcoming musical, which will be directed by Oscar-winning filmmaker Tom Hooper.

Taylor Swift is also set to star in the movie after being offered the role of Cosette's love rival Eponine, according to website Twitch Film

The film tells the story of Jean Valjean (Jackman), a man released from prison who re-invents his life and becomes a wealthy factory owner and mayor during the French Revolution.

However, despite Jean Valjean's efforts to move away from his past, police officer Javert (Crowe) is continually on his trail throughout the movie. He also adopts Cosette after her mother Fantine (Hathaway) dies.

The forthcoming film version of the stage show - which is set to start shooting later this year - will be the first since a 1998 non-musical starring Liam Neeson and Geoffrey Rush.

Director Tom recently confessed the movie would be shot in 2-D instead of 3-D, although he had flirted with the idea.

He said: "I can definitely announce it's good old-fashioned 2-D. I did test 3-D and I was very tempted - I think it is a very interesting new form."