Production On The Long-delayed Janis Joplin Biopic, Set To Star Amy Adams, Has Stalled Once More After Producers Filed A Lawsuit Against The Screenwriter Over The Script. 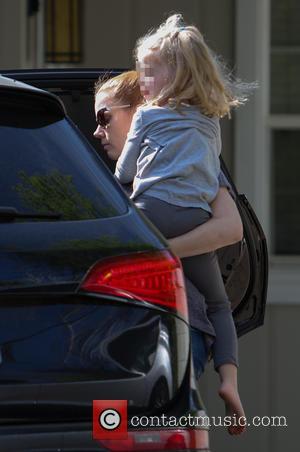 Picture: Amy Adams and Aviana Le Gallo - American actress Amy Adams was snapped as she was out with her daughter Aviana in Los Angeles, California,...

Producers at LKL Productions and Silver Reel filed a complaint against writer/producer Ron Terry and his affiliated companies on Wednesday (18Mar15), accusing them of breaching their option agreement for Terry's script Get It While You Can.

The producers paid for exclusive rights to the script last year (14) but have since been embroiled in financial troubles with a loans company which is "holding the Screenplay and Picture hostage from Plaintiffs unless outrageous sums are paid".

According to the complaint, while the executives attempted to resolve the issue, Terry and his associates began shopping the script to other studios and financiers, breaching their exclusive agreement.

The unnamed executives want a Los Angeles judge to grant an injunction to stop the script from being introduced to competitors, and have also requested their option agreement be extended until the lawsuit is resolved.

Dallas Buyers Club director Jean-Marc Vallee had been tipped to make the film.