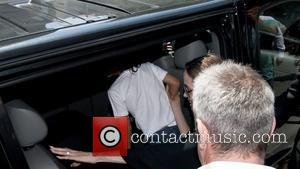 In a shake-up of the classic fairytale and Disney movie Sleeping Beauty, Maleficent will focus on Angelina Jolie as she plays the arch-nemesis of the golden haired beauty, and now it's revealed three of her and Brad Pitt's children will join  the cast.

Following in the shoes of the Smiths (Will, Jaden and Willow, that is), as was revealed in August, Angelina Jolie will be starring in her newest film Maleficent with her daughter, Vivienne, and also, to make it a real family affair: son Pax and daughter Zahara will also appear in the movie, although both their roles will be minor.

Vivienne, aged just four, is set to play the younger version of Sleeping Beauty in the film, the older played by Elle Fanning, sister of Dakota fanning. Shiloh, aged 6, was also invited to be included in the film but as reported by the Huffington Post, "she was bored and not in the mood during the day her part was supposed to happen, so she ended up not being in the film." Other parent/children collaborations have included Charlie Sheen and Martin Sheen in Wallstreet, Miley Cyrus and Father Billy Ray Cyrus, who both star in Hannah Montana, and Kiefer and Donald Sutherland who starred in A Time To Kill.

Maleficent is currently being filmed in the English countryside, and will also include Miranda Richardson, Juno Temple (The Dark Knight Rises) and Imelda Staunted. It is set for release in March 2014